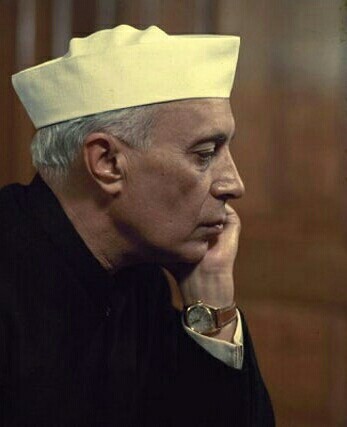 The word “Jammu” would not have found a place in the state’s name – Jammu and Kashmir – if the Nehru government had its way back in the day.

The state of Jammu and Kashmir came into being in March 1846 under the Treaty of Amritsar, signed between the raja of Jammu, Gulab Singh, and the British government. It was established at a time when other princely states were crumbling one after another like a house of cards before an expansionist London. The state’s creation involved the addition of Kashmir to the Dogra Kingdom of Jammu (not the other way around), and the latter remained the capital even after the formation of the state.

Things changed dramatically for Jammu after the state acceded to India in October 1947. The then prime minister Jawaharlal Nehru forced Maharaja Hari Singh to hand over the state to his friend, Sheikh Abdullah of Kashmir. As if this was not enough to hurt the Dogras of Jammu, the Nehru government tried its best to change the name: it wanted ‘State of Kashmir’ instead.

In fact, on 27 May 1949, the minister of Jammu & Kashmir Affairs, Gopalaswami Ayyangar, moved a motion in the Constituent Assembly. The motion read: “Notwithstanding anything contained in paragraph 4 of the Constituent Assembly Rules all the seats in the Assembly allotted to the State of Kashmir may be filled by nomination and the representatives of the State to be chosen to fill such seats may be nominated by the ruler of Kashmir on the advice of his Prime Minister.”

Several objections were raised against this official motion. However, the one aspect which irritated some of the members most was the omission of ‘Jammu’ from the nomenclature of the state. Prominent among those who opposed the motion were Pandit Lakshmi Kanta Maitra from Bengal and Professor K T Shah from Bihar.

Shah possessed first-hand knowledge of the state and its people, as well as the kind of political upheavals it had witnessed since 1931. He remained associated with the affairs of this princely state for 15 years and was its planning adviser for a few years before October 1947. He was also aware of the shape things would take in Jammu and Kashmir in the days to come as he had had a 15-day long interaction with Kashmir-based National Conference (NC) president Sheikh Mohammad Abdullah, who had gone all the way from Srinagar to Mumbai to discuss with him his New Kashmir Plan. (The NC adopted the “New Kashmir” programme in September 1944 which demanded that the Treaty of Amritsar, “which was in the nature of sale deed and was thus an insult to the people the State (read Kashmir) must go lock, stock and barrel”. This became the theme of the ‘Quit Kashmir’ movement, which launched in early 1946.)

While Maitra posed one question after another to know “if the word ‘Kashmir’ includes both Jammu and Kashmir”, Shah moved an amendment to the official motion and made an appeal to the Constituent Assembly to ensure that the words “Jammu and” figured before the word “Kashmir wherever it occurs”.

Moving the amendment, Shah said, “…There is some significance in this matter, which makes it more than ever necessary that you (Ayyangar) should not omit the other part (Jammu), and, if one may say so, the first part of the title of that ancient State. By calling it the State of Kashmir only you are perpetrating an error…May I ask…if we have made a mistake in the first instance, if we have been carried away by the importance of one sect (Sunni Muslims) of the State, by the importance of personages (the Sheikh and his colleagues) connected with that part of the State, is that any reason why we should forget the other side and no less important part of the State; and in this formal document continue to perpetuate that mistake and speak only of Kashmir, when we really mean Jammu & Kashmir? It is a fact not denied by the mover that is the correct name of the State”.

Shah also told the Constituent Assembly that the relations between Kashmir and Jammu were not very cordial. To make his point, Shah said, “Those at any rate who remember the campaign of the present Prime Minister (Sheikh Abdullah) of the State in connection with (the 1946) Quit Kashmir movement will realize that in the sequence of events that have happened, it is liable, if you describe it in this manner, to be gravely misunderstood wherever such nomenclature is allowed to be used; and our public records will be disfigured to that extent…The State of Jammu & Kashmir is correctly described as Jammu & Kashmir, so to say, there are two States in one kingdom, just as Scotland and England were two States under the first of the Stuarts. The king was the King James the sixth of England and King James the First of England. There were two crowns worn by one person. In regard to the State of Jammu & Kashmir until about the communal rising in 1931, it was for all practical administrative purposes actually divided into two provinces more or less distinct, though under the same ruler…”

He did not stop here. Shah kept cautioning the Constituent Assembly, saying “the matter of nomenclature is not merely a matter of verbal emendation that it has behind it a significance, a significance, in the sequence of events, not confined only to this House or this country. It has repercussions outside this country…Therefore, we must be careful in every word that we use, so that our expression, our nomenclature, our whole wording is in conformity with the situation and the correct facts”.

In his response to Maitra, Ayyangar said, “Kashmir means Jammu & Kashmir”. He also justified his motion, saying “in the Draft Constitution, the Schedule mentions the State of Kashmir” and “in the list that is attached to the Constituent Assembly Rules, it is already described as Kashmir”. He urged members not to make this an issue and “let this description of the State of Kashmir stand, because if you change it, we will have to change other things which are already in our Statutes and Rules”.

In other words, Ayyangar expressed his unwillingness to insert the words “Jammu and” before Kashmir for reasons better known to him and which failed to carry conviction with Maitra and Shah. This is evident from the questions they raised in response to the lengthy statement of Ayyangar on the name of the state.

Convinced that Ayyangar would not be in a position to convince Maitra and Shah, prime minister Nehru himself took the stage. He defended Ayyangar and said that his stand was “correct”. He said, “I have been connected with Kashmir in many ways, and, in a sense, I belong to Kashmir more particularly than to any part of India. I have been connected with the fight of freedom in Kashmir… And so, if I venture to say anything in this House, I do so with greater authority than Prof. Shah can presume to have on the subject…” After saying so, he made a lengthy statement to counter the arguments of Shah and in praise of Abdullah and his NC and the Quit Kashmir movement. At the same time, he suggested “a small change in the wording of the motion” with a view to “removing” what he called “a slight confusion in the people’s mind”. What he actually suggested was that the “State be described as Kashmir State, and then putting within brackets, the words otherwise known as the State of Kashmir and Jammu”.

It needs to be recalled that the state at no point of time during 1846-1949 was styled as the “State of Kashmir and Jammu”. It was always known as the State of Jammu and Kashmir, with Jammu as its permanent capital. It should also be underlined that the practice of moving the state secretariat from Jammu to Kashmir and back was started during the time of Maharaja Ranbir Singh (1857-1885) for reasons political, the most noteworthy being the British design to cause anti-Maharaja stir in the valley and establish their foothold there and in and around Gilgit to check Russian activities across the border.

Prime minister Nehru’s defence did not work. Nor did it discourage Shah in his efforts to enlist the support of the Constituent Assembly in favour of his amendment. As a result, the deadlock continued. Ultimately, Ayyangar moved an amendment to his motion and suggested that the name of the state be read as the State of Kashmir (otherwise known as the State of Jammu & Kashmir)”. The Constituent Assembly adopted the amended motion. Thus, Jammu, which had ruled over Kashmir for 101 years, found space in the nomenclature of the state, though within brackets. This happened primarily because of the efforts put in by the unyielding Shah, with Maitra extending full support. Had they, like other members of the Constituent Assembly, remained mum or toed the official line, the word ‘Jammu’ would have disappeared from the name of the state.

A Refugee in my own country since 1990. A Kashmiri Pandit by birth. Hard Core Nationalist and that is my Biggest Crime.